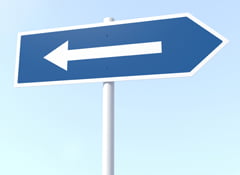 Big Data Sold to Lenders Is Full of Errors: Report

According to a recent report from the National Consumer Law Center® (NCLC), as big data about consumers proliferates, so does bad data. The consumer advocacy group was surprised by the scope of the inaccuracies among the various data brokers they investigated.

As part of the study, the NCLC asked 15 of its own employees to request information about themselves from some of the country’s largest data brokers. The responses they received were often riddled with errors.

“Even given our initial skepticism, we were astonished by the scope of inaccuracies among the data brokers we investigated,” the NCLC authors wrote in the report.

The NCLC report says some of the errors found by its volunteers were commonplace, such as incorrect phone numbers, but others were more significant. For example, of the 15 responses provided by one data broker, seven of them included erroneous information about the consumer’s estimated income, according to the report.

Consumer lenders increasingly depend on information they purchase from data brokers to help them make decisions on credit applications. If some of that data is faulty, calculations derived from the data may be less predictive of the borrower’s creditworthiness.

Unfortunately, the investigation conducted by the NCLC concludes that big data does not live up to its big promises.

The full NCLC report can be found at: http://www.nclc.org/issues/big-data.html