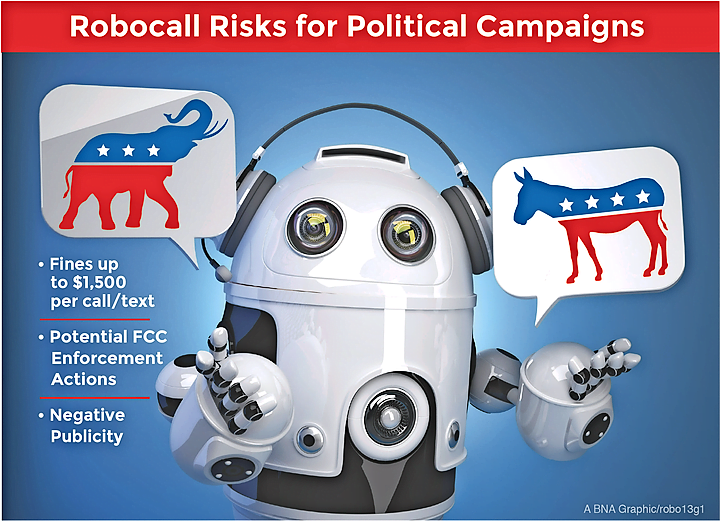 Each week we will highlight the most important happenings in TCPA law and compliance.

Clinton and Trump and Robocalls, Oh My

The political cycle is now in full swing – marked by the RNC convention kick off this week. With all candidates trying to get their messages out the FCC enforcement board warns not use automated dialing systems ( robocalls ) to send text or voice calls to potential voters mobile phones. Bloomberg Law

Twitter Deemed “Maker” of Text Tweets Under the TCPA

The case involves a “recycled” cellular telephone number, the new number owner, and Twitter. The previous owner signed up to receive “tweets” via text message of people he/she were following on Twitter. Twitter’s argument, either the person tweeting or the previous phone owner should be deemed the “maker” of the text messages under the Telephone Consumer Protection Act. The Court disagreed. The take away on this ruling is even unintended violations may have serious ramifications. Protect yourself. Lexology

Yet another declaratory ruling saying you can’t make autodialed or prerecorded- or artificial-voice phone calls, including text messages, but it’s ok for the federal government and government contractors. Big surprise there. Lexology

American Express has received approval to settle two separate class actions. The first is $8.25 million and includes 798,000 class members for automated telemarketing calls. The second is for debt collection calls to mobile phone numbers and is $1 million and covering 3,200 class members. InsideArm

Unless you work for the gov. being proactive and taking steps to protect yourself from TCPA is your best option. Use RealPhoneValidation to identify phone line type before you call.

Get more info
Real Phone Validation silently touches the phone switch and uses the telco data returned to identify disconnected and invalid phone numbers. In real-time or batch we offer a phone validation solution to fit your needs.